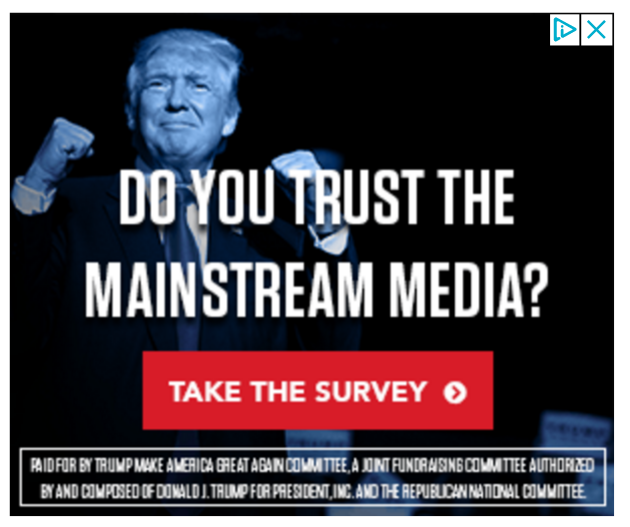 The survey’s not the point, it’s the message that this guy is tough.  The base loves every reminder they can get of how fucking tough their guy is.   Look at him.  Inspires confidence, that confident pose.   Stay on message, the media is lying, so is the evidence of your own eyes and ears watching the battling testimony.   A woman who appears sincere is no more believable than a man your party supports raging in indignant innocence.

The problem is not a cover-up and a mad rush to confirm a candidate of demonstrated bad character, and possibly worse.  The problem is tribalism, the other tribe is insane!

The real problem is the fake news, that liberal conspiracy to undermine the Leader and thwart his will. Like this fake news from the fake New York Failing Fake Times:

As the 1980s ended, Donald Trump’s big bets began to go bust. Trump Shuttle was failing to make loan payments within 15 months. The Plaza, drowning in debt, was bankrupt in four years. His Atlantic City casinos, also drowning in debt, tumbled one by one into bankruptcy.

What didn’t fail was the Trump safety net. Just as Donald Trump’s finances were crumbling, family partnerships and companies dramatically increased distributions to him and his siblings. Between 1989 and 1992, tax records show, four entities created by Fred Trump to support his children paid Donald Trump today’s equivalent of $8.3 million.

You decide– are you a real man (that includes you too, ladies) or are you a pencil necked freedom-hating wimp who reads old fashioned newspapers and thinks it’s real news? Take the survey!